WASD to move, E to interact, Mouse to look around surroundings

Decoys and Flares cost a % of your own Light

I...I can't kill them?? I shoot things but I can't kill them???? Aside from that, I like the shooting. Maybe don't make them collide with the enemies and it'll feel better, but I do also like pushing them away by shooting at them. Also, I'm super slow, and I don't like that, especially with the map as big as it is.  It makes the game feel tedious, and I get that there are 6 "things" I'm supposed to do/get/activate, but idk what those are and it's kind of killing the entertainment, like, there's a goal, but I still don't know what that goal is, so I'm just kind of wandering around super slowly and touching and shooting stuff because I can do anything and there will be no consequences.  Shooting is very fun.

Overall, a nice prototype. I don't get the point of some things, like why there are two different pickups when they do the same thing or why there are black lights you can light up when you already have flares, but... ehh? Not important right now. Oh wait... Is the goal to light all the sections? Give light to all the black circles in the sections?  Oh, that's cool (explicitly telling us in the description what the goal is would help, too). I'm totally wrong, aren't I?

Bug? If I shoot enough I start getting brighter instead of darker. 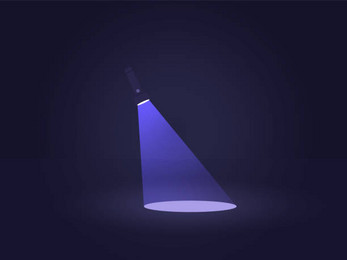